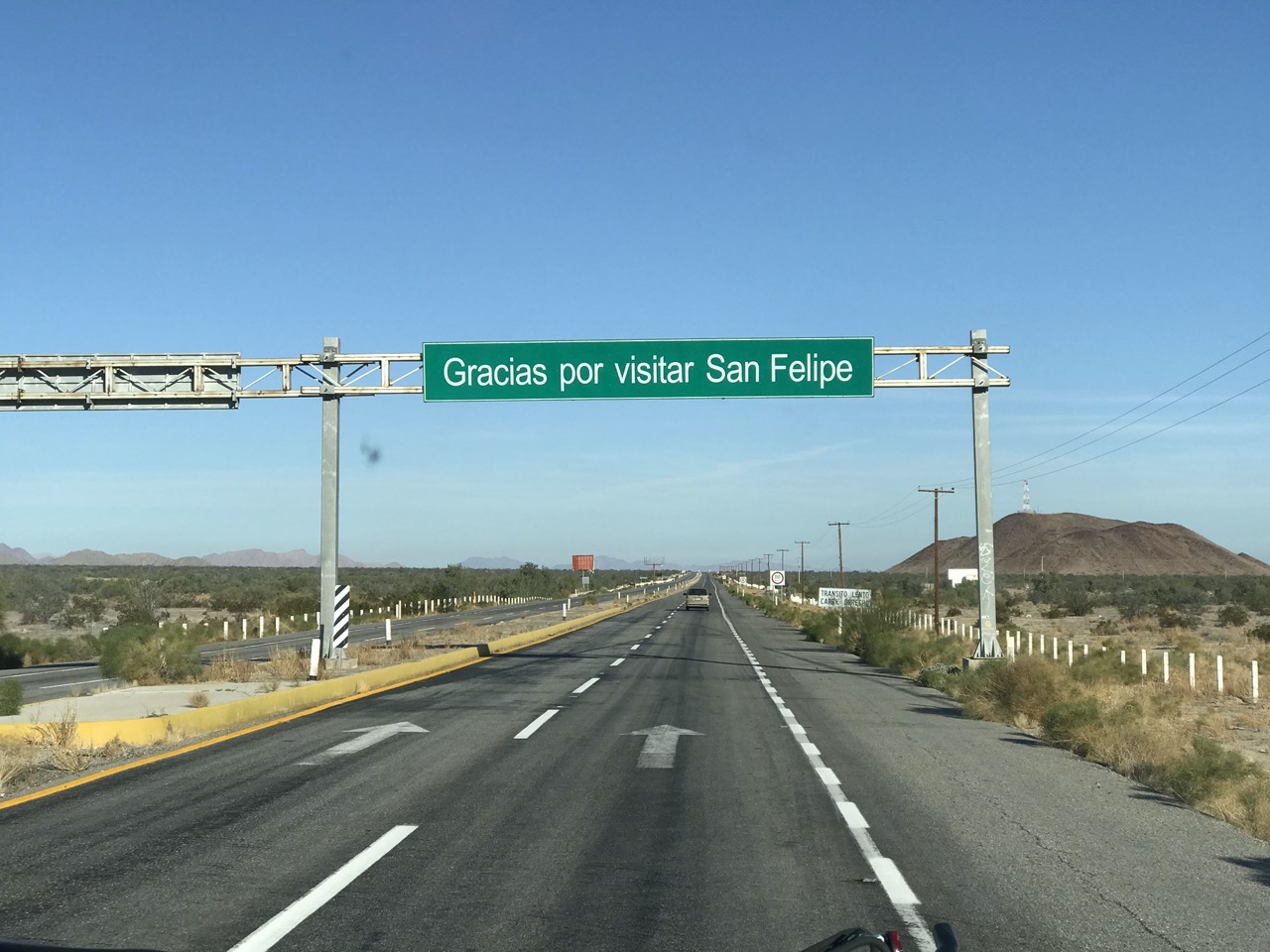 After being in San Felipe for 2 weeks we crossed back over to the states for our oldest’s doctors appointment in Yuma.  Crossing the border is always a bit different getting back into the USA than it is entering Mexico..

Last year armed military men from Mexico searched our camper before entering the US and in the US the border officers confiscated out potatoes.  Lesson learned with the spuds.  This time the US authorities had Justin drive Azul and Wobbles through a giant x-ray machine!  The girls and I opted to get out and walk around.  On the US side none of our food was taken away as we had learned from last year which foods we were allowed to bring with us.

It was funny that as soon as we crossed back into the US we were all craving some non-Mexican food.  Mexican food is usually a family favorite but having it for almost every meal for 2 weeks leaves you wanting a change.  I make shaped sourdough pancakes for breakfast and we had a pasta dish for dinner.  Ah, it tasted so good!

Our oldest had her second doctors appointment in Yuma at the Bone and Joint Center.  They cut off her old cast, x-rayed her leg and popped on the last cast she would need to wear for this tibia break.  Hurray!  She picked pink this time which won’t hide dirt nearly as well as her last purple one.  It’s a fun bright pink though that made her smile from ear to ear!

Same as her last cast, I told her she could pick anything and I would draw it on her cast.  Last time it was an Alicorn (combo of a unicorn and pegasus) and this time it was a castle.  It was so much fun!  I drew an outline of a castle and the girls colored it in!  The perks of having a broken leg.

The girls and I have also been working on my inkle loom, a Christmas present that Justin so lovingly got me.  It’s a lot of fun and the thin patterns are super quick and easy.  I’m still testing out new patterns as I create or find them and testing out modifications but it has been fun to see the results.  It’s perfect for car rides as it sits in between my legs as I weave.