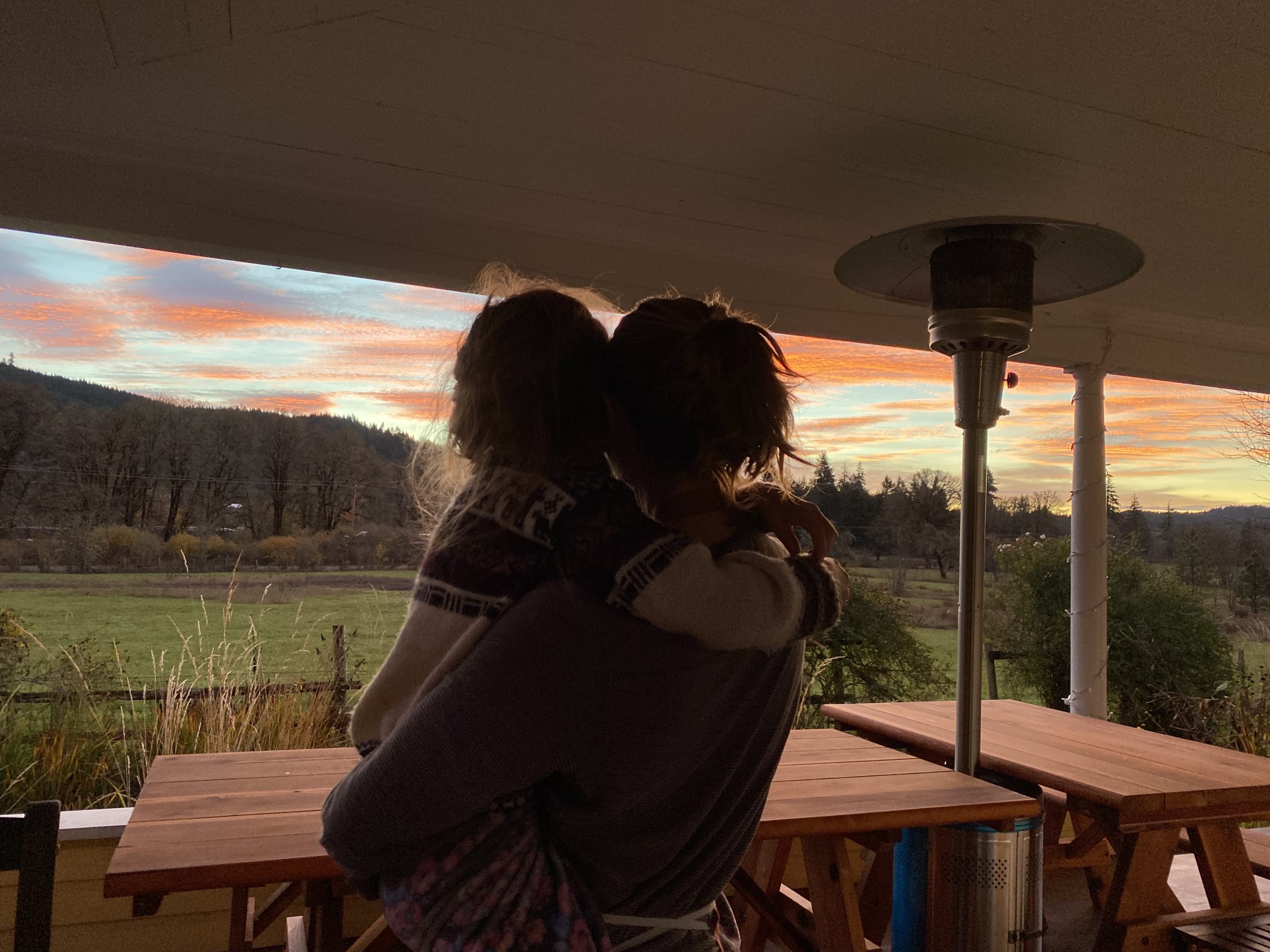 The nice thing about making a mistake last year and buying a straight run of ducklings (ending up with only one female) was that we got to get another whole batch at the end of summer. This time I bought through Metzer Farms online who offered pre-sexed ducklings of the breeds of my choosing. I was more than willing to pay the extra money to have them send me only females!

I ordered 4 Cayugas (black), 4 Fawn Runners (yellow when duckling then white and light brown as adults) and 3 Khaki Campbells (brown). We already had one full grown Cayuga drake and one adult Khaki Campbell hen. My goal was to end up with 6 females in the end. I bought extra to account for any mis-sexed ducklings and potential sickly ducklings that would pass away soon after we got them. The whole process of mailing LIVE ducklings is scary and bizarre. If you order over a certain number of ducklings they don’t require you to also pay to have a heating pad shipped with them figuring that the body heat of all the ducklings will keep them warm enough to survive. We exceeded that limit but I did wonder if their little bodies could survive various temperatures they would be exposed to.

The girls and I picked them up at a post office about a half hour from our house. They called and gave me the option to either pick them up or wait another day for them to ship them to the post office that is 10 minutes away from us. To me this seemed like a crazy option. At that point those sweet little ducklings had already been in the mail for 2.5 days! The hatchery ships the ducklings within 24 hours of them being born because at this point their bodies still have the nutrients of the yolk still in their system which gives them roughly one day where they don’t need food. They were also shipped with a small cup full of pasty food for them to peck at. Upon opening the box we saw that the ducklings had a good amount of space in their hay lined cardboard box with lots of headroom. Their food, however, was depleted so right away we offered them food and water which they enjoyed.

All but one made it to adulthood. As in our first batch, a fawn runner didn’t make it. Sweet little thing lived to 1 week though. After it was about 3 days old it’s body just didn’t grow anymore. Thankfully the rest survived and we thoroughly enjoyed them while they were so little.

We had the little dumplings in a large plastic feed trough as we kept our others. However, very quickly they outgrew the space. With the last batch when they outgrew the space we just moved the ducklings into the quack shack with a heating lamp. However, this time around we already had 2 full grown ducks living in the quack shack and it takes time for them to get along. If the littles are popped in with adult ducks they can easily be killed. So…we had to get creative. The little stinkers (seriously, they stink!) needed to be somewhere well ventilated and with more room. This is also the time when I sold some of the hens which I couldn’t keep. The space we built really should only hold 6-8 ducks and we don’t need any more than that many eggs regardless. We were left with 2 of each of the 3 breeds.

I ended up gathering a bunch of cardboard boxes and taping them together to make a structure on the dirt floor of our enclosed animal area inside the barn. The area is secure and had more space. I hung a heat lamp oh so carefully from a metal pole I found and lashed to some beams. It was a pretty funny looking “fort” they were temporarily in! But, it worked! I changed their hay bedding out daily so we didn’t leave any permanent duck stench on the hard packed dirt floor and to avoid any dampness for the ducklings. Little by little we introduced them to the big ducks. It was an interesting and rocky road. We found that they got along with Nugget, our female well, but not so much with Dusk, our drake. Even though we loved Dusk, we decided he had to go since he wouldn’t be giving us eggs and was taking up a space where we could be keeping a hen. I found him a really good home but was sad to see him go. Once Dusk was gone, all the ladies got along great. Here’s the lineup of all 7: Nugget, Brownie & Button (Khaki Campbell; brown; white eggs); Dandelion & Glinda (Fawn Runners; white with light brown patches; light green eggs); and Captain Banana Beard & Elphaba (Cayuga; black with purple and green shine; black eggs). The new ladies should be laying by spring 2022.

Besides the tending to the ducklings we also had harvesting to do. The girls helped me harvest sunflower seeds for the first time and we have been really enjoying them. Next year, I’ll look for a slightly larger variety of sunflower as this year our biggest was about 9″ across. When we saw that the sunflower’s face was tipping downward and its face was turning yellow that was our cue to cut it down and hang it to dry in our sunroom. Once it had dried for some time we massaged the seeds out with our fingers into a bucket. From there we soaked them for 24 hours in salt water. The next day we drained them, padded them dry and roasted them in the oven at a low temperature until fragrant. The only step left was to put some in jars for storage and eat what was left! It was super easy and they turned out great.

This year was the first year not pickling with my best friend. It is our annual tradition but this year the girls did a good job helping me out with the work. Christmas pickles are always such a treat! There was also the job of gathering the last of the apples and storing them for the winter. So many apples! This is also the time of year to get rid of blackberry brambles that love to climb our hillside. If they aren’t kept at bay they take over everything! I did tame a couple bushes and we keep them for the fruit but the rest we try hard to take out from the roots. Lots of hard work in the fall but with many hands it makes the work lighter.