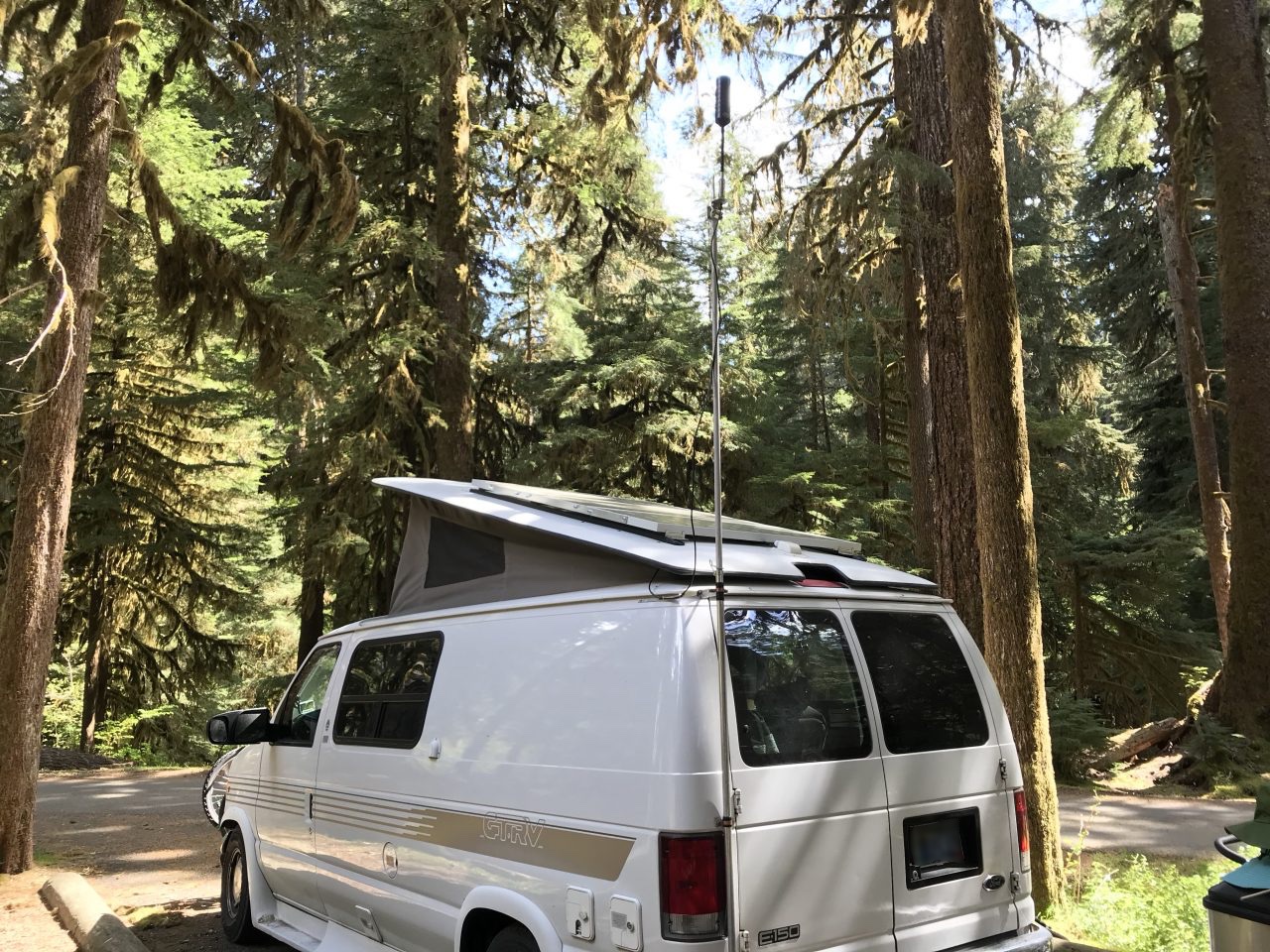 During short weekend camping trips, not having a phone or internet connection can actually be part of the pleasure of getting away from the hustle and bustle of daily life.  However, for longer trips staying connected is essential for communications, navigation, planning, etc.  For our travels, I researched various options (WiFi, cellular & satellite).  In this post I’ll tell you what we chose and why.

There are 3 options for staying connected on the road:

The nice thing about Wifi is that it’s generally free– that is, assuming you’re at an RV park or coffee shop that offers it.  Even at RV parks that offer Wifi, it’s often slow or doesn’t work at all.  For those reasons, I eliminated this option (at-last as our primary way of connecting) without further research.

Cellular internet gets faster each year.  From my driveway the other day I clocked my phone reaching 50MBPs while on the T-Mobile LTE network.  For comparison, that’s about the same speed as my home Comcast cable internet connection.  And LTE data speeds in the US can now reach up to 200MBPs, and 5G phones with gigabit speeds may be here as early as 2019.  At the same time, unlimited data plans have become more affordable.

As of this writing, the cell service plan that we intend to switch to is the MetroPCS unlimited plan, which will run us $90/mo for two phones (we currently use Ting and spend about $40/mo for two iPhones– however, the cost is low because our usage is low).

Cell service is generally excellent in metro areas, but can sometimes be spotty in rural areas– and when we’re RVing, we’re more likely to be in rural areas.  For whatever reason, at all the places where we commonly camp nearby Portland, the cell signal tends to stop working just as we enter the campground.

To try to maximize our cell reception, we installed a Cell Signal Booster on our van.  These devices amplify an existing weak cell signal to make it usable.  I installed the antenna on a telescoping rod so that it can be raised up into the air to get a better signal. 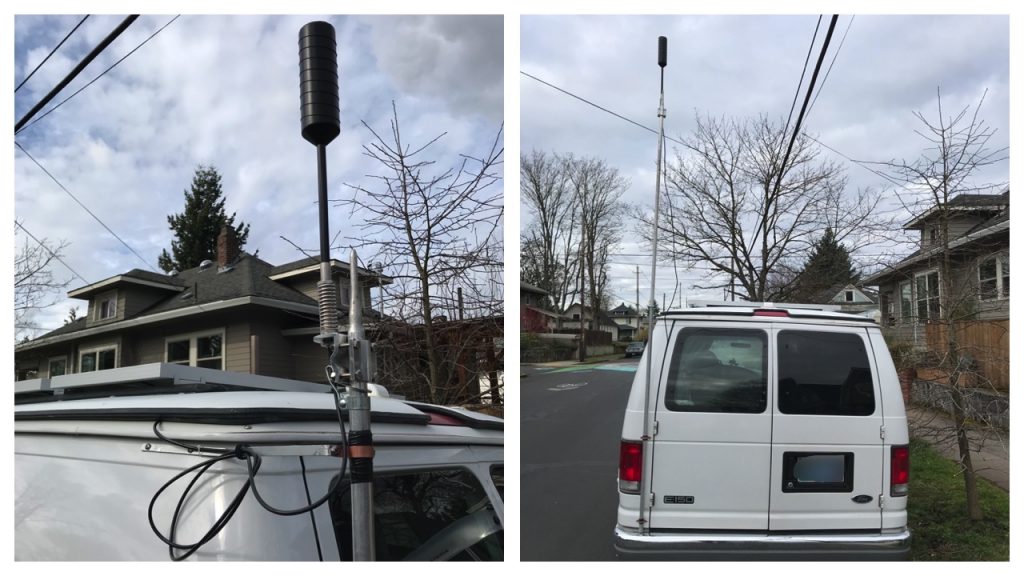 In our initial testing on our short trips, the booster was able to get us a weak signal in places where we otherwise had none.  However, the connection was still weak and slow.  It’s definitely not a magic bullet, but it should help.

In fact, up at Sol Duc Campground in Olympic National Park (where there was almost no cell signal without the booster), I was able to get a strong enough connection with the booster to watch the latest episode of Westworld as it aired 🙂

When I began my research, I really wanted to find a satellite internet option that could work for us.  The big advantage is that it works everywhere.  The downside is that it’s ridiculously expensive, requires a very large satellite dish be installed, or both.  The best option I could find was the Iridium GO! device, which includes unlimited data for $140/mo.  However, the data speed is 2400 baud (yes, like an ancient modem), and can only be used with approved apps (such as the Iridium email app).  It’s not really appropriate for general web browsing.  I also read stories of an email taking hours to send.

Since we won’t have cell service all the time, we wanted a backup option for emergencies, so we went with the Garmin InReach device.  For $15/mo we can have basic service that allows short emails and text messages to be sent and received.  The device is small, portable, and connects to a phone via Bluetooth.  We likely won’t use this device often, but it will be nice to know we have it if we get in a bind.  It also has a big red button for calling in an emergency rescue team.

Hopefully Elon Musk will be giving us a better satellite internet option soon.

4 Comments on “Staying connected while on the road”