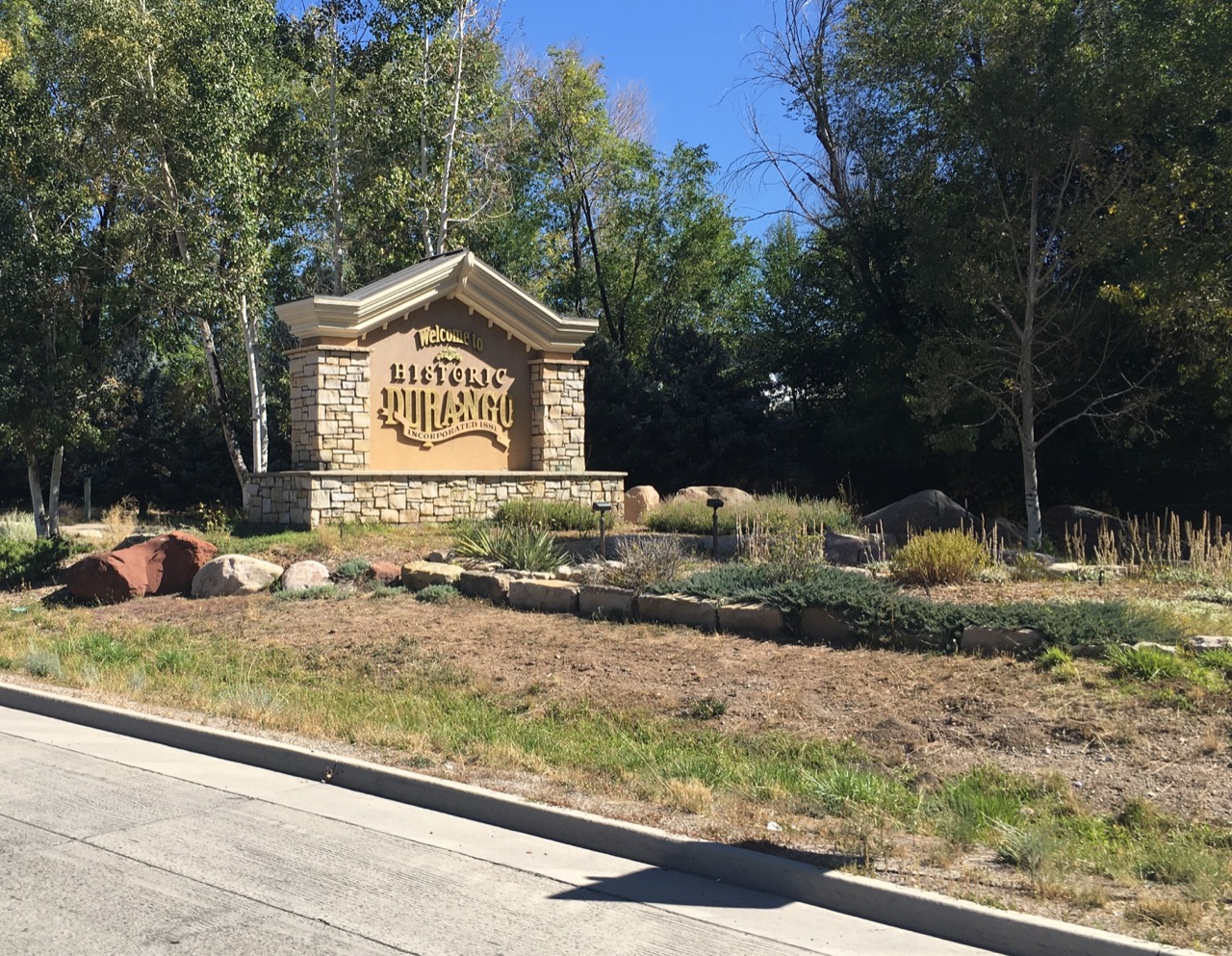 Off to the city of Durango we went!  There were so many fun things to do in this cute little city it was hard to choose.  We decided that we would first check out their science museum since our membership to our Portland science museum got us in free and it was closing soon after our arrival.

The Powerhouse Science Center reminded us of OMSI in Portland in its industrial architecture and so many hands on learning activities.  It was very small but really neat!

One of our favorite interactive games was a rocket launcher. It built up pressure in a well constructed series of pipes shaped into a giant steering wheel (for aiming) with a foam rocket at the end to blast off into a wall of hoops.  It was quite literally a blast!  The girls took turns blasting the rockets off and collecting them.

There was also a giant climbing structure shaped as a tree house that extended into a turret from the building.  It was such a neat perch for the kids to view the city.  The girls had fun using the binoculars to spy things.

Also, a favorite thing at the museum were the legos!  The girls miss having legos to play with and enjoyed the time to use them again to build things.

Sadly our visit to the museum was cut short due to early closing hours but we made the best of it.  While the girls and I were at the museum, Justin went grocery shopping.  Since he wasn’t back by the time we left the museum we started to explore by foot.  The girls and I found a wonderful bike path which led to a beautiful suspension bridge over the river.  Suspension bridges are always so neat.  At first the girls were concerned with the wiggling it did when we walked across but they soon warmed up to it, shaking it back and forth for each other.

We found that there was a park just down the street from the museum so the girls and I walked over while Justin met us with Azul and Wobbles.  On our way we passed a house with the sweetest and largest fairy garden I’ve ever seen!  To the girls delight it was positioned by the low brick retaining wall that surrounded the house– just right for little girls to sit on while they played.  They were gitty with delight moving the figurines this way and that and tidying the area.  What an unexpected treat!

The playground at Fassbinder Park was fun for the girls and they played for a good chunk of time.  However, just down the street was Durango Fish Hatchery that the girls and I thought we could check out before they closed.  It was a blast!

It was a self guided tour through the hatchery but before we started we popped into their office and asked a couple questions that we didn’t see on the signs provided.  They let us know we could feed the fish in the runways!  At this hatchery they raise many kinds of trout.  When we visited they had just transferred a raceway of adults into a holding “tank” ready for reintroducing into local waters.  I hadn’t know this before but in the wild the survival of a fish egg is less than 10% and up to 95% in hatcheries.  That’s quite a difference.

The adults were fun to see but it was the juveniles that won us over.  Soon after we were touring the juveniles in the raceways we realized they were following us!!  I shouldn’t really say us, I should say the girls.  Everywhere the girls went, the massive schools of 10,000 fish or more followed them.  It was incredible and made the girls swell with joy!  The raceway would go to having little to none in one end but when the girls rounded the corner, they would all race toward them.  If the girls slowed down, so did the fish.  If the girls sped up, the fish followed suite.  It was incredible to see and kept the girls entertained for quite a while.  When the girls started feeding them they really went bonker balls!  They would all fight to swim on top of one another trying to win the chance and snagging a morsel. The fish splashed the girls a couple times with their flailing.  We were lucky enough to be around when the workers were feeding the fish and they generously gave the girls each a shirt full of food to toss in.  The girls were just so excited and so very grateful!  I think they must have each said “thank you” 10 times.  What a fun time!

While we were buying time before going out for dinner we found a really lovely nook by a river where we could play in the shade.  The girls gathered sticks and made a TeePee, created a pretend campfire pit within with pine husks (as the red for fire) and a little rock pathway showing which way was the entrance.  It was a lot of fun! Then off to dinner we went!

One of the workers at the science museum had recommended Tequila’s as a great Mexican restaurant to eat at.  It was delicious food and drinks!  I didn’t think I liked Pina coladas but as it turns out, I do!  Well, virgin ones anyway.

Our oldest especially loved her meal of a burrito.  She cleaned her plate and ate some of Justin’s meal.  She ate more than I did!!  In fact, she was so full that the next morning she declined breakfast and only had a tiny bit of morning snack.  Her appetite didn’t come back until lunch!

An added bonus was our sweet waiter was a native Spanish speaker therefore we were able to practice our Spanish!! Other than me ordering one bean instead of “beans” (plural) in a burrito, we did pretty good.

Durango was a really cute city that I wish we spent at least another day at.  That actually was the plan to spend the next day in Durango but, as you’ll see in the next post, it didn’t quite work out that way.  Ah well, we’ll have another great place to explore more next time.