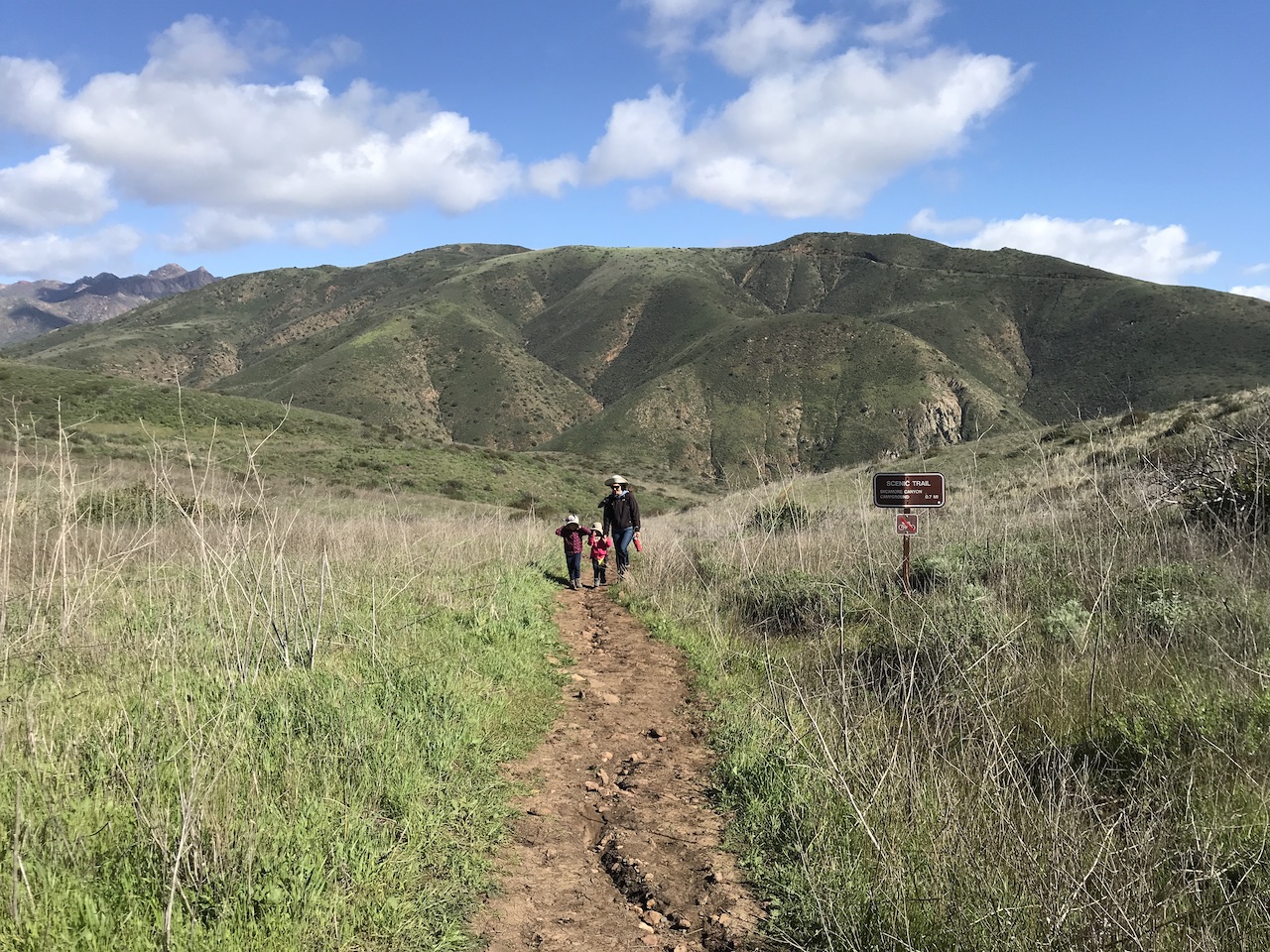 We arrived at this campground around dinner time through fierce winds and a rain storm. It was a weekend but we thought for sure the campground would be nearly empty due to the weather. We thought wrong.

Despite the weather, the campground was oddly full! The ranger took pity on us and let us stay in their overflow parking lot and pay the $45 fee as if we had a site. I was shocked at the price of a parking lot space but after Justin checked out the campground by foot we realized it was the best seat in the house! Best spot for what we were looking for anyway. We wanted to stay hitched up since we weren’t staying long and most sites were short and would have required unhitching. Plus, from our spot we were able to see the ocean and there was a stream running into the sea just a handful of paces from Wobbles. It was so pretty to see the waves crashing into the stream feeding the ocean and watching the water flow change with each large set of waves.

We woke to the sounds of a mountain biking group convening for an early morning trail ride with a bike rental company as their guide. It was a little disorienting until I realized we were parked in a parking lot. 😛

Our plan was only to stay one night but when we woke up the next day the sun had come out and the wind had died down so we thought it would be nice to get in a hike before continuing on our adventure. So, we booked another night getting a campsite this time.

As we were setting up camp (we chose a site that we didn’t have to unhitch for) we saw a flock of screeching wild black headed parakeets fly by! It was a really amazing sight to see because we so often see these birds as semi-exotic pets in people’s homes. They are beautiful and extremely loud!! It was a much nicer experience seeing them in their natural environment rather than cooped up indoors.

After we got settled and filled our bellies we headed off on the 1.5 mile Scenic Trail which was supposed to be beautiful.

Very soon after hitting the trail we found that there was a river crossing. Due to all the recent storms, the dry river beds were now flowing with water. Hmm, should we cross it? We couldn’t tell how deep it was or what the river bed was made of (rock verses sand). I voted we either make a bridge or we try a different hike. Justin voted he go back to the camper and get his sandals on to carry us across. He won!

Our night in shining armor carried the three of us across the river. As it turns out, the water was very shallow with a sandy bottom. That being said, wet shoes are wet shoes! We saw hiker after hiker turn away at the sight of a river crossing which told us this hike was going to be a lot quieter than we had originally expected it to be. How nice!

We immediately noticed the change in vegetation from most of our other hikes on this trip. We were no longer in the desert which meant that the shrubs towered over us and the trees gave us shade. What a change! We have missed trees! The trail quickly rose up the side of a lush picturesque mountain with the ocean in the distance and more and more rolling green hills surrounding us on both sides.

There were sprays of tiny color here and there from pink, maroon, yellow and white wild flowers (which we read were illegal to pick).

It felt like we were walking into a scene from Sound of Music! I couldn’t help myself so I ran through the trail singing “The hills are alive, with the sound of music.” The girls joined in and we had a complete Sound of Music sing along. 🙂 We also imagined the trek to freedom they took through the hills. Beautiful and terrifying.

When we were approaching the lookout point the wind started to pick up as we were not facing the ocean. We didn’t realize how much stronger it could get until we were standing on top of the mountain at the lookout point looking down the breathtaking coast.

The wind was so outrageously strong it was hard to stand up straight without some effort. It was so strong in fact that I only let the girls take a quick peek then found a safe shelter for them on the ground on the other side of a giant bush.

I should on a side note tell you that Justin tried a “Fast Mimicking Diet” which means he was eating A LOT less than usual (only 800 calories per day). I tell you this because he brought some kale crackers to eat at the top of the hike and we were teasing him that his kale crackers might blow away. It was windy but he held them tight.

It was a beautiful hike with such a rewarding view at the top and such crazy wind to experience. And yes, our sweet Justin, fasting and all, carried us all back across the river on the way back. Lucky ladies!

The girls then got to watch a little bit of a movie since our little one was sick and the girls had earned one from their sticker charts. It’s nice to have a down night every once and a while.