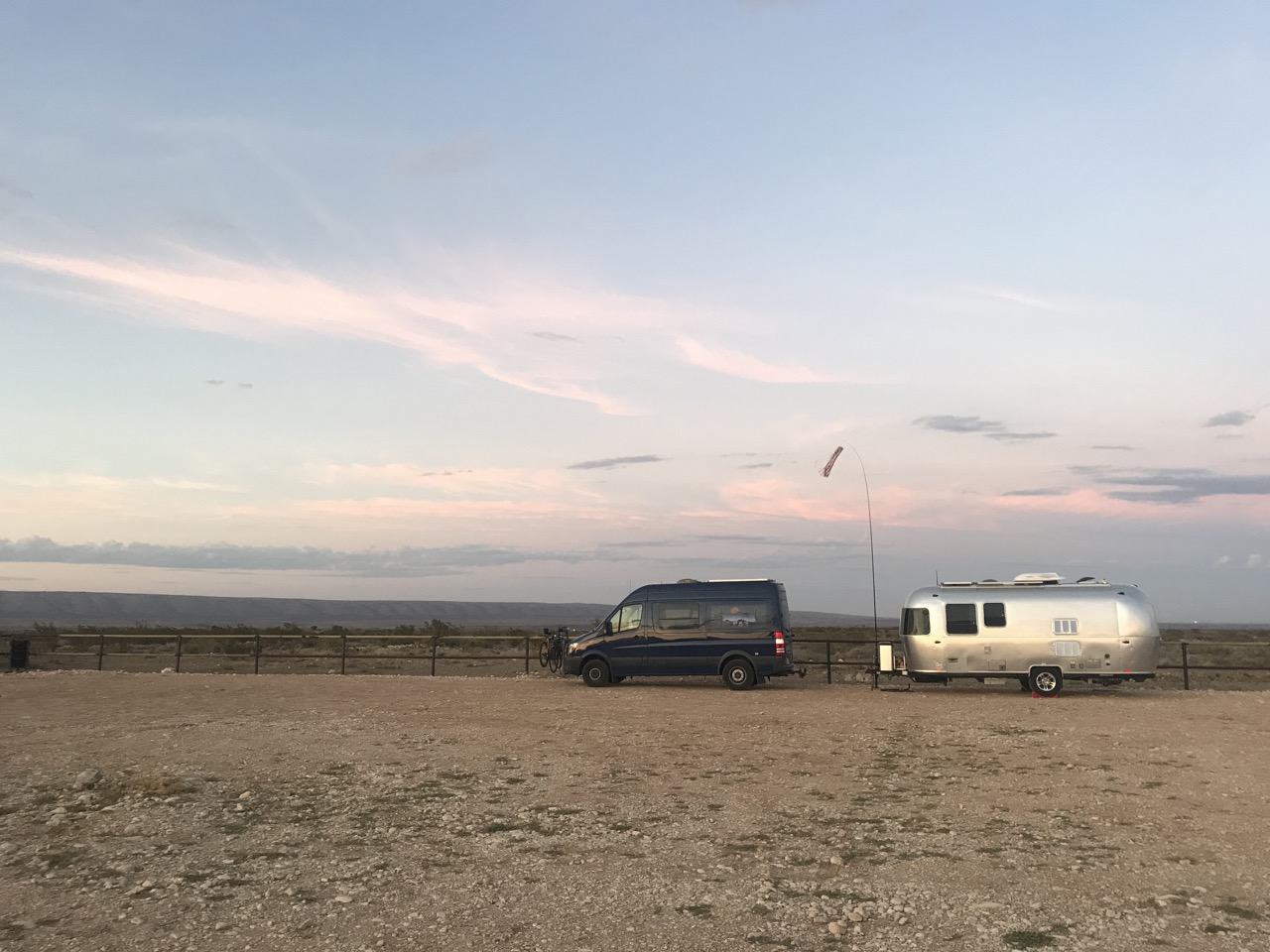 Our last few weeks had been very fast paced without any down days to break it up.  Justin and I were itching for a day to just hang out and get odds and ends done and the girls were telling us in more than one way that they needed some time to play and to be in charge of what they did for the day.

Even though it wasn’t the most picturesque place, we made our last day in New Mexico in a free dirt lot between Carlsbad Caverns N.P. and Guadeloupe N.P. (Chosa Campground).  We figured even though it wasn’t a great camping spot, dusty, prickly and not pretty, there were other kids for our girls to play with.

Unfortunately the other family was gone all afternoon, but the girls at least had the late afternoon into evening to play, which they enjoyed.  There was a 4 year old girl and two middle school boys who were super sweet and responsible.

During the time when the other family was away the girls busied themselves with creating a swing with ropes, straps and garden pads.  I thought for sure it would break but it stayed strong while they played on it for hours.  The girls strung rope across the corner of the heavy duty metal fence that outlined the dirt camping lot.  This corner just so happened to house the garbage can for the lot as well!  Haha.  They didn’t mind in the slightest.  We called them guardians of the garbage.

When disputes over the rope swing became too much I got our little one interested in painting the many rocks we found.  She busied herself with washing and drying the rocks then painting them with the intention of leaving them for other campers we find along the way.

Since we planned to dump the tanks the next day, I washed both girls hair and trimmed off 4” from the bottom.  It looks so nice and healthy now and hopefully this will make morning hair grooming easier.  I have a feeling I put my Mom through a similar hair-brushing whining routine when I was young.  What goes around comes around I guess!

2 Comments on “A Down Day at Chosa Campground, Carlsbad NM”