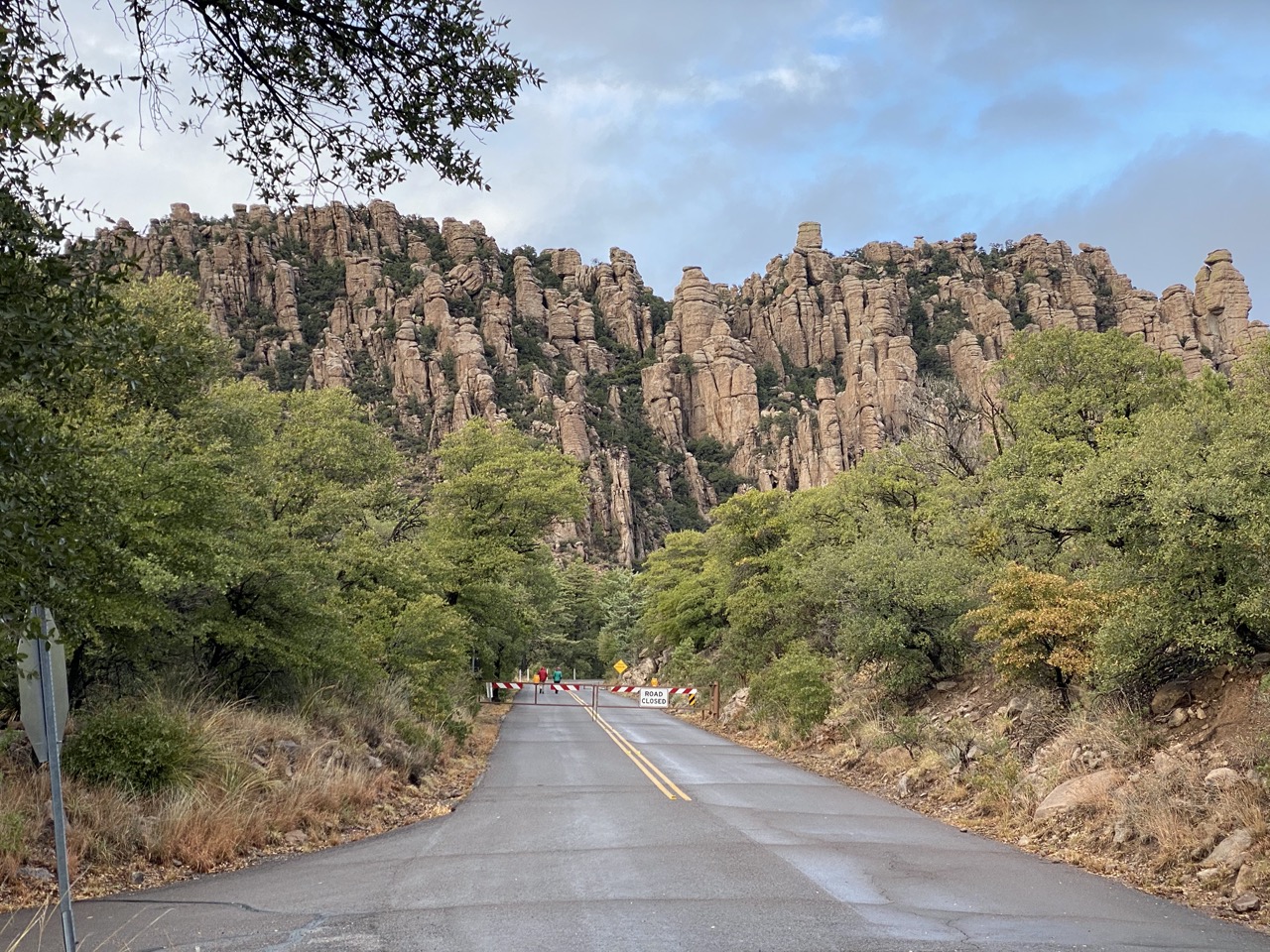 This was a very interesting stay.  First of all, our GPS took us on “the shortest route” there which turned out to be down a 27 mile dirt road in the back country.  Interesting choice Google that we blindly followed.  I was driving and suddenly saw a sign that said “payment ends.”  What?!  Why was the pavement ending?  We checked the map but it would have been quite a ways to backtrack onto an alternative route so we decided to continue.

On this subject of me driving, Justin does the driving 99% of the time while I am in and out of the passenger seat/back seat tending to the girls.  Before this time he had never spent an extended period of time tending to the girls on a driving day and had never before rode in the backseat of Azul.  Let’s just say he was begging to have me let him drive again after about 10 minutes.  Phrases like, “I’m going to puke!”  “The girls won’t stop talking.” and “I JUST got back to my seat!” were coming out of his mouth.  I tell you, I was really enjoying it all from the drivers seat.  I think I was laughing for the entire time I was driving!  It’s good to hop in the shoes of others for a brief time.

Hours later we arrived at our National Monument destination.  We had dumped our tanks before arriving and decided that since we would only be staying for a few more nights to fill up the tanks again with showers/baths all around.  It was a rainy cold morning so we gave the girls each a long awaited long bath.  I do wish we were able to do this more often.  It makes us all happier when they’ve had some good bath time fun and are clean.

By the time we were all nice and whizzly and clean the rain, snow flurries and hail had let up so we decided to go up the road to hike within the beautiful rocks this monument is known for.  Well, it didn’t quite work out that way.  The road to get anywhere but the Visitor’s Center and the campground were closed due to snow and ice.  Man!  It wasn’t a rock hike but there was a trail that led into the woods from the visitor’s center so we took that as our alternative.

Lower Rhyolite Trail, as it was called was really very reminiscent of walking through a Portland Oregon trail.  There was some moss, pine trees and large leafy trees.  Of course the ponderosa pines, AZ white oaks, AZ cypress, emery oak and alligator junipers weren’t exactly the species of trees in Portland but the feeling of tall, wet trees and mossy ground was certainly reminiscent.  However, there were yuccas in this forest which added a strange contrast to a Portland forest.

We saw beautiful blue Mexican Jay birds and Acorn Woodpeckers.  The Acorn Woodpecker is called this because it bores hole in trees to then sticks acorns into the tree to store them for the winter!  Very unique.

We had fun on the trail taking lots of silly pictures and Justin having fun playing with the camera of his new phone.

We hiked until it started raining and turned back as we had mistakenly not brought the girls rain jackets from Wobbles.  Luckily we were JUST able to glimpse the rock structures up on the hill sides before turning back.

We warmed up and the girls completed their Jr Ranger pledge.

We were hopeful that the next morning the road to the rocks would be open for us to do a small hike before heading out but we found that it was still closed.  It seemed like at that point whoever was in charge of opening the gate was sleeping on the job.  It had warmed up and had not been raining or snowing for over 24 hours.  Ah well, maybe we’ll see the rocks another year.

The girls and I had fun watching the bold Mexican jays the day of departure as well as leaving little goodies on a rock we thought they might like such as acorns and seeds we found on the ground.

The campground had two very deep culverts that people had to cross on both entrance and exit therefore there was a sign limiting the length of vehicles going in for fear they wouldn’t make the dip.

Well, we saw and heard first hand how right those signs were!  The night before we left we heard a horrible crash and wondered if someone had gotten stuck in the culvert due to the location of the noise.  However, at the time it was dark so we could only speculate.  It wasn’t confirmed until the morning after when we saw the camper pulling out of the campground.  The entire side and back were busted in and broken!!  This wasn’t just a little dent.  Things were falling off when she opened her door and give it a good pot hole and I wouldn’t doubt her entire lower storage compartment would come loose.  Eek!!

A good reminder to read and obey signs!  We have been so thankful Justin and our sweet friend Josh installed a lift kit into Wobbles!  There have been so many places throughout our travels that we would have bottomed out if it weren’t for those handful of extra inches it gave us.  This campground was no exception.  Thanks Josh and Justin!