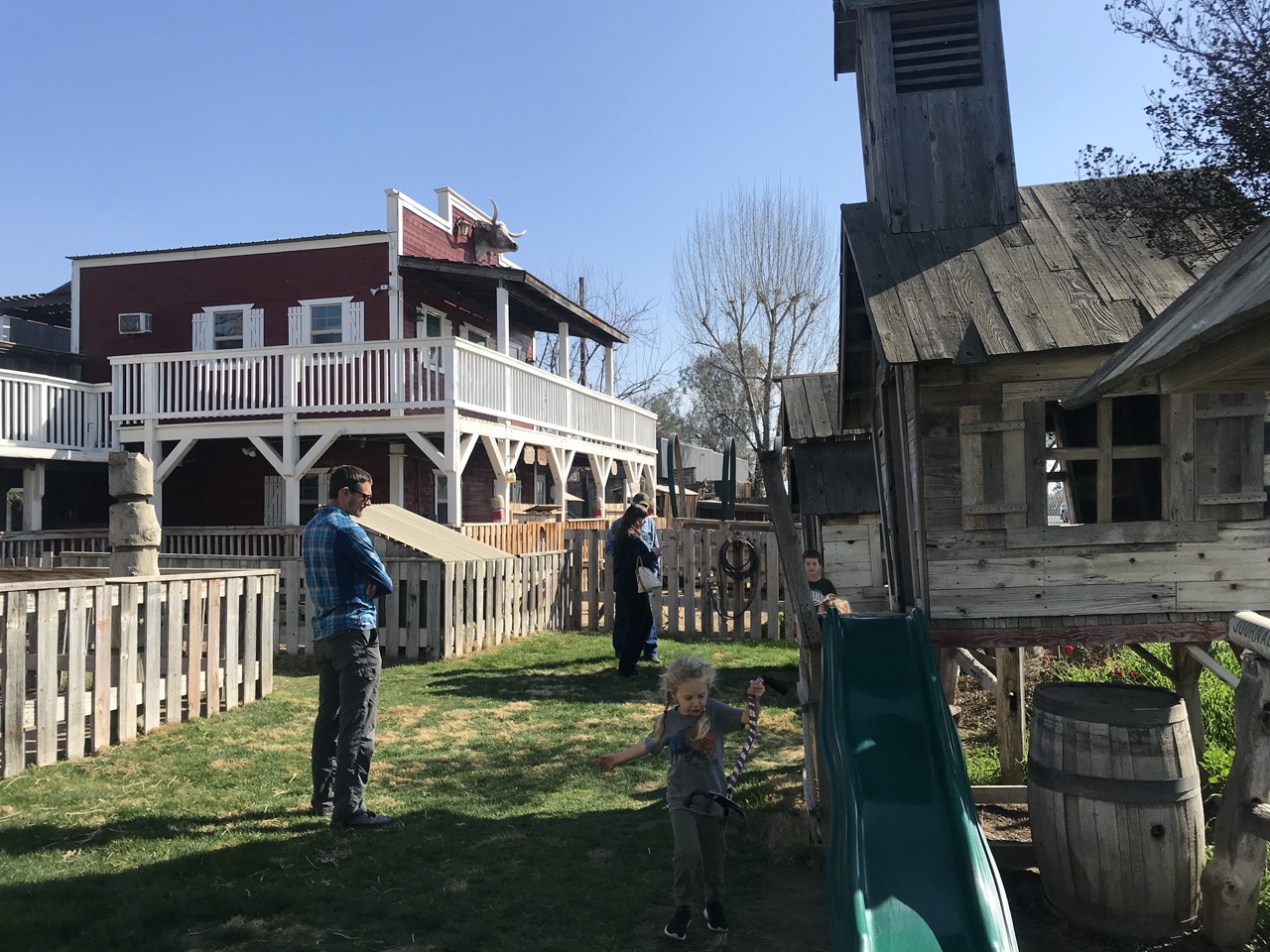 Sometimes travel days are drawn out and down right miserable whereas other times, such as this time, our traveling day led to some fun unexpected adventures.

We were headed from Oceanside to Fresno and on the way we saw a sign that said “Vintage Cheese Factory.”  I see Cheese Factory and I’m in!  I peaked at some pictures online about the place and convinced Justin that we should stop to check it out.

Just before getting out to explore our girls had a little snack together and our oldest recruited our youngest in becoming a replacement for Goldie, our oldests’ cane.  They called our youngest “Stems” when she worked in Goldie’s place; hilarious and super cute.

The place was awesome!!!  It made me so happy!  It was a combination of so many things I love: art, antiques, creativity, fun, quaint, cozy and beautiful.  There was really a cheese factory there which meant lots of cheese for tasting.  It was super good!  I even liked the blue cheese which I don’t usually care for.  We ended up agreeing on one chunk of garlic cheddar and another of sage cheddar, which reminded us of a cozy Thanksgiving.

We then went off in search of the reason Justin agreed to stop; a giant treehouse!!  This thing was amazing!  I thought it was just something people came to look at but no, they allowed people to actually go up and play in it.  Adults too!!  What adult doesn’t still want to play in a treehouse?!

It was so cute with so many nooks and crannies and various sitting spots.  The reality of the whole thing didn’t set in until we reached the top most window and I looked out and saw the tops of all the buildings around.  My giddiness faded a bit when I realized we were well above 2 stories and the floor was very tipped and I thought I felt it swaying!  Haha!  Momentary minor panic.  It was fine.  I reminded myself that their were much larger quantities of people that probably had been in there prior to me and it was still standing.  Man, it was an amazing house though!

So, it wasn’t just that amazing treehouse, there were also animals around back to pet or get spit on (lama’s are just so testy!), a restaurant, shop and group of little tiny play houses for kids.

There was even a tornado simulator that had you sit on an outhouse toilet while you were getting blown around.

We skipped this but the girls had SO much fun at this place and so did I!  On top of that, I got some neat ideas of projects to do at home.