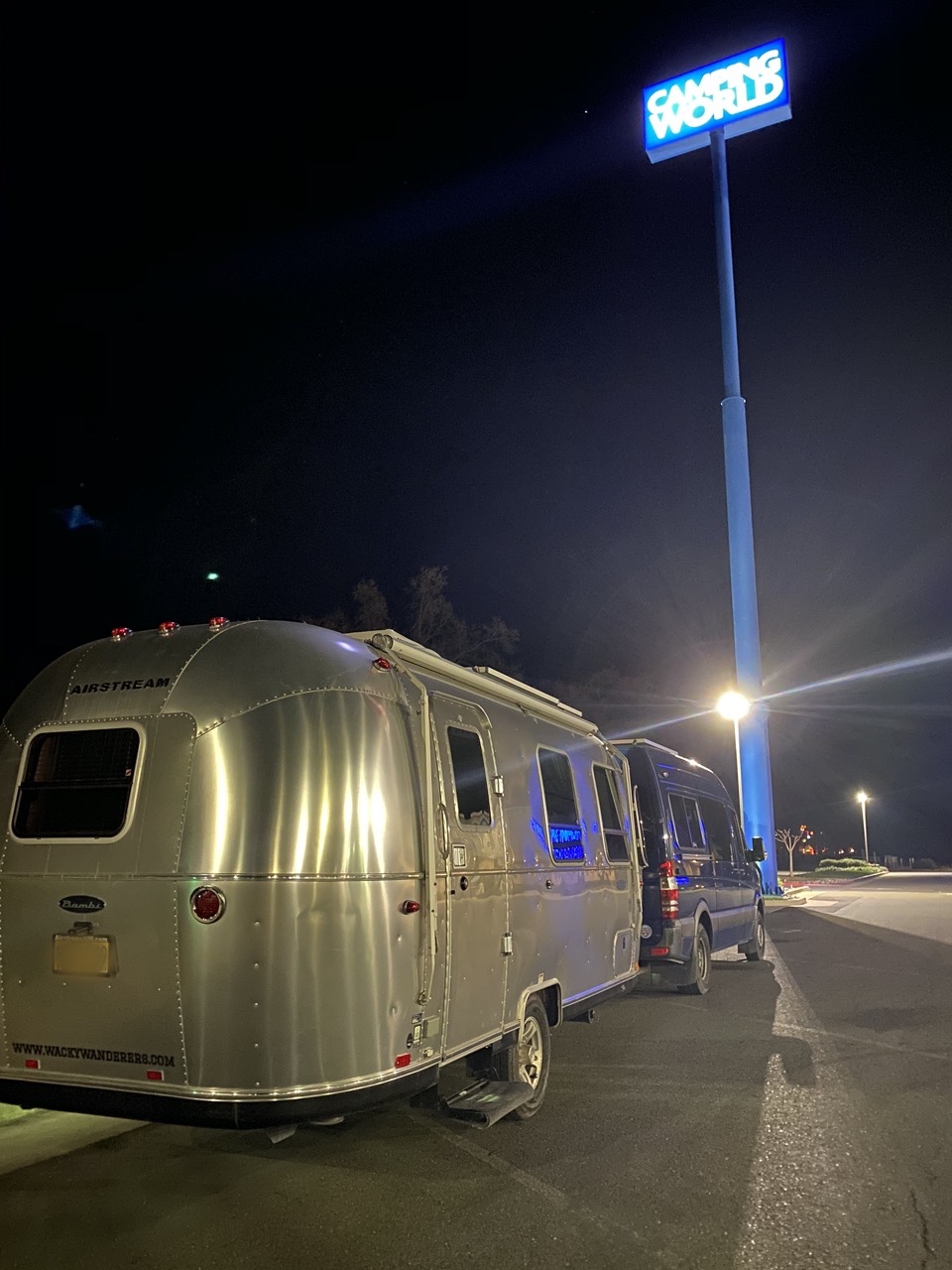 Our plan was to travel from Twisted Oak Winery to one of many RV parks in Redding, CA. We hadn’t made reservations, as we didn’t think northern CA would be a popular camping destination in February. However, when we were about an hour away from Redding we began calling RV parks, and realized they were all full!

Our backup plan turned out to be a Camping World parking lot.  Not glamorous by any means but we were very thankful they let us stay free of charge.  They even gave the girls popcorn!

One of the employees explained to us that the RV parks in the area were full because folks were still displaced by the Paradise, CA fire.

On our way to Camping World Justin took advantage of a free burger coupon for Burger King.  Why would a vegetarian and food hippie be going to a Burger King you might ask?  They now sell a meat alternative burger called The Impossible Burger.  We had tried the Beyond Meat competitor of this brand and wanted to see what the comparison would be.  Beyond Meat was very good but I could tell it was not meat.  This one, however, could have fooled me!  This one didn’t taste like a home grilled beef burger but rather more of a processed taste but extremely meaty none the less.  It had the classic white bun with classic fast food toppings on it so it was hard to tell from just a little bit of it if the processed taste was the burger or just the rest of the Burger King package.  Was it actually meat we wondered??  We may never know.

Our night at Camping World was uneventful, and it made a great free alternative to an RV park for a one night stop-over.