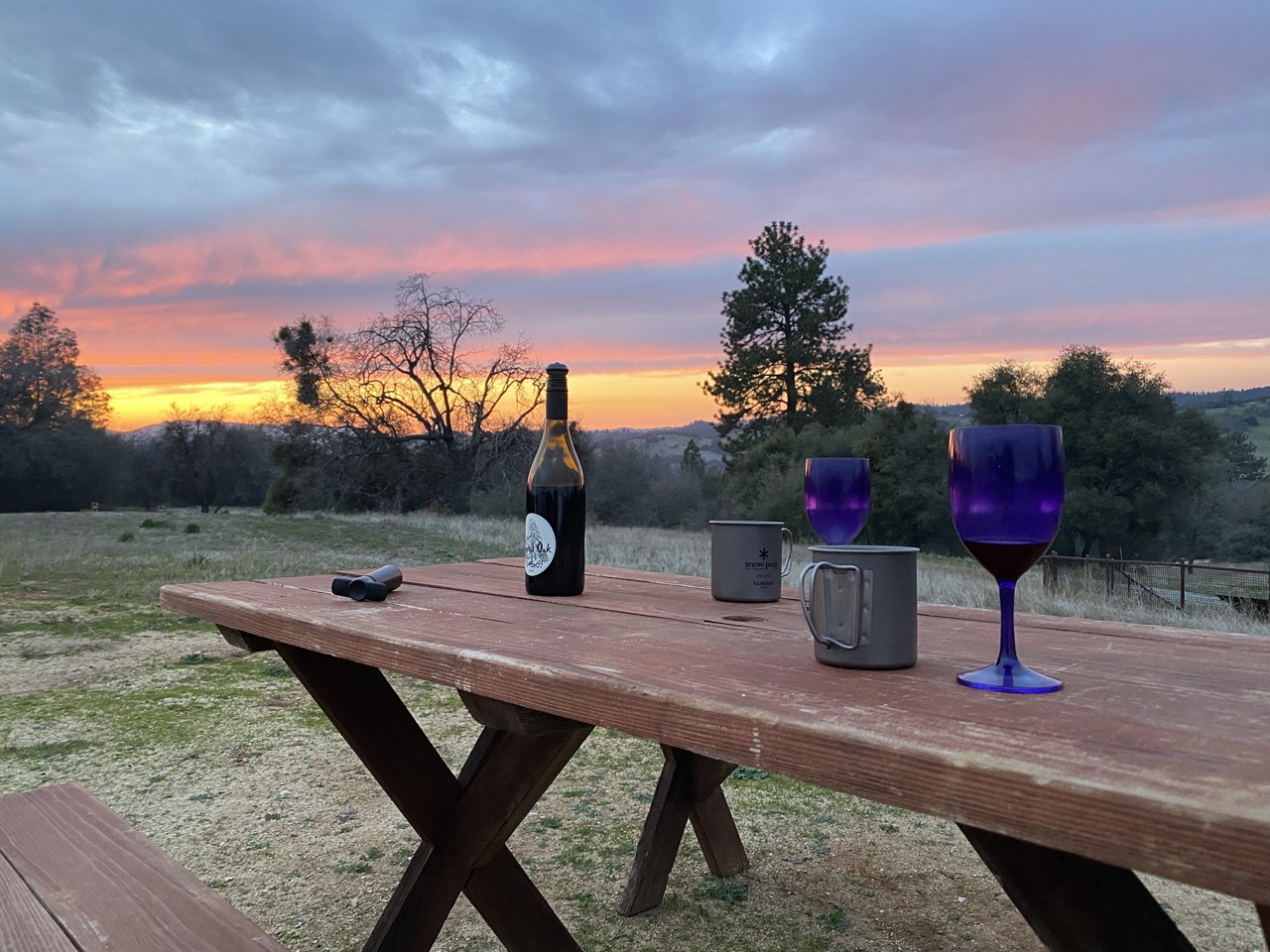 California can be a tricky place to find good campgrounds at reasonable prices, so we decided after Yosemite to take advantage of our Harvest Host membership to spend a night at a vineyard in the Sacramento area.

We have really loved using Harvest Host here and there on our journey and this place was not an exception.  We stayed one night and soaked up the beautiful landscape as much as we could.

We arrived late afternoon to enjoy a wine tasting while the girls had a kombucha tasting that Justin prepared for them.  The staff was very nice and the property was lovely.  I thought their wine was good but Justin held it on a higher pedestal than my review and bought a handful of bottles.

It was a funky winery that was really into pirates and rubber chickens. They actually had a rubber chicken “forest” which turned out to be a dirt road that led to the fields which was lined with dozens and dozens of rubber chickens hanging from trees.  The owner clearly had a good sense of humor.  The girls had fun spotting all the different chickens and collecting some acorn tops along the beautiful road.

We also found that they had a wine cave which was basically directly under where we were camping.  I guess I had never given a lot of thought to how long and the extent of the quantity of wine vineyards have to store until it is put into a bottle.  Hence the wine cave.

The vineyard also had a box of cars and other various toys that lived outside under a bench which the girls had a blast playing with.

The neat thing was, the vineyard closed a little after 5pm leaving us alone on the land until their 10am opening time.  It was just such a beautiful place it felt special that it was just us there.