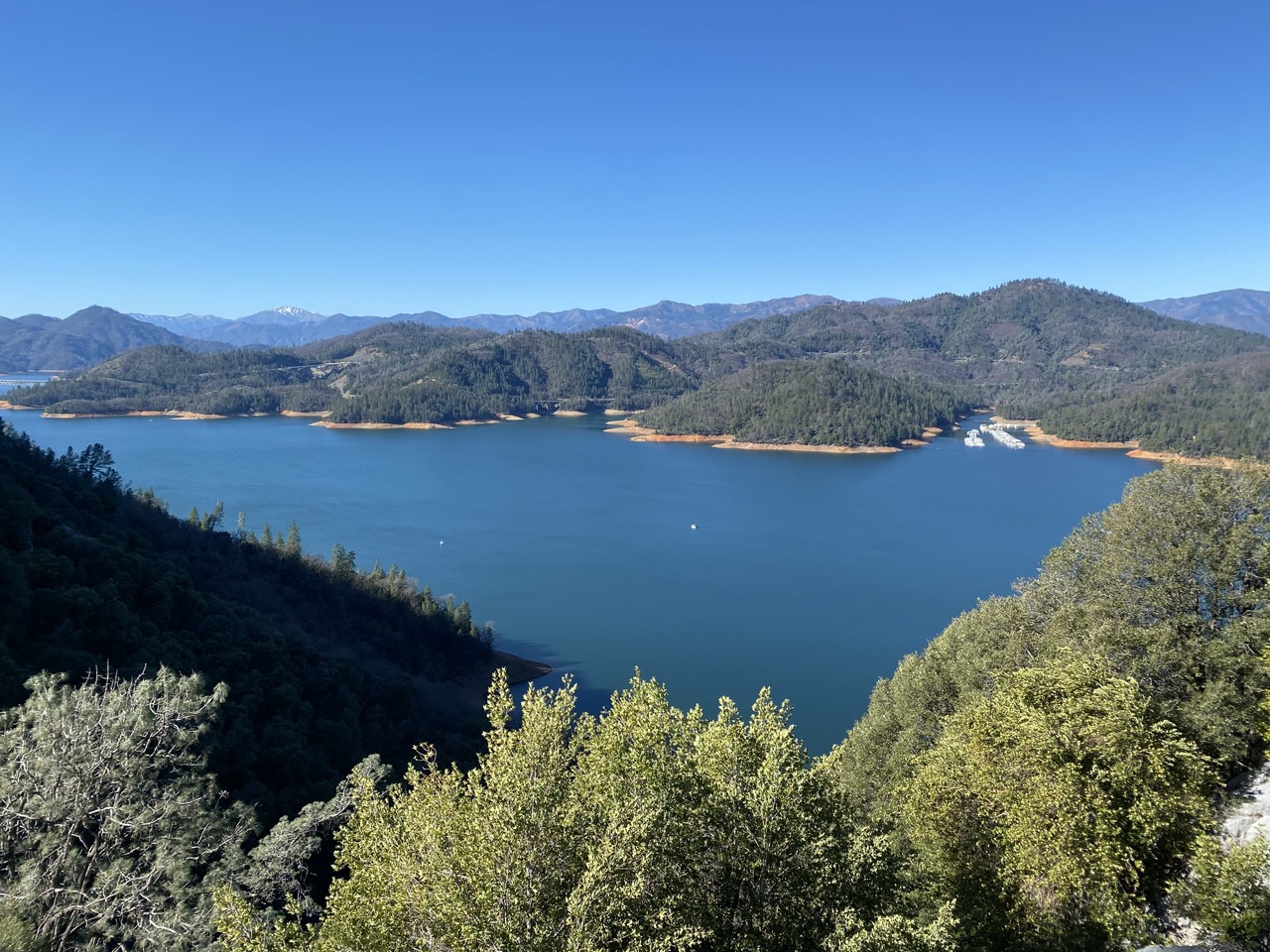 We headed to Bailey Cove State Park not knowing if we would find camp spots open or not.  The boating area attached to the camping was busy but lucky for us the campground was almost empty.  We chose this campground because it was right near a cave tour we wanted to take part in.

The campground was on a man made lake created from the dam nearby.  It was a bit sterile looking to see such a large waterway have such regular banks and edges to it.  Kind of sad actually.

Usually there are dam tours but for some reason while we were visiting they had temporary stopped tours.  It’s a shame because dams are so interesting to learn about.  The waterway seemed to be popular with fishermen but I’m not sure it was the best water quality.  It was a bit stinky and very murky.  Maybe that’s okay?  I was glad I wasn’t eating fish from there anyway.  The girls had fun watching the fishermen hook up their boats at the loading dock at the end of the day.

On the last day of our stay while I was making dinner Justin brought the girls down to the water and I’m not exactly sure what happened but both girls were a bit damp with their pants rolled up to their knees and walking back up the pavement barefoot.  I gathered that they had fun and it was cold water by their smiles and ice cold feet.

I had never been in a privately owned cave before this.  Usually the land is part of a national park or monument of some sort.  It definitely had a different feel to it; a lot less sacred in a way.  The tour guides weren’t trained professionals such as rangers or scientists but ordinary workers who had memorized a script for the tour.  Don’t get me wrong, the gentleman giving the tour was very kind and had memorized his script well but any questions I asked were unknown.  It was also very apparent in many many places that structures had been disturbed by breakage, darkened formations from being touched by humans or by the fungus that was growing from all the lights within the cave.

I’m sure some of this damage was created before this owner bought the cave but it was apparent that there were very loose expectations about touching things.  The guide himself touched numerous formations and we weren’t asked once not to touch anything.  Luckily the girls had known from Carlsbad Caverns how important it was NOT to disturb anything within the cave.

When we arrived we found that we were the only ones on the 10am tour.  The gift shop worker asked us to head down to the awaiting boat which would take us over to where the cave was.  As we were exiting the gift shop she got on a PA system and read from a script through the loud speakers the same thing she had just told us but as if she were talking to a mass of people.  We looked at each other confused.  Yep, still the only people in the place!  Ha!

After heading down a large hill we hopped on a large pontoon boat with 4 workers manning the boat.  From the boat we got on a bus which took us to the human made opening of the cave rather than the natural entrance originally found by a young Wintu Indian man, J.A. Richardson in 1878.  This entrance was deemed too dangerous for visitors.

The cave formations were thought to be all made from rain drainage through the mountain in which the cave sits.  This cave, unlike others, you have to walk UP to get into rather than down because it is situated inside a rocky limestone mountainside.  It was beautiful and awe striking for sure as all caves with so many wondrous formations are.  It did seem a bit less mystical when our guide was urging us to buy popcorn, candy and other snacks in the gift shop.

The caves were stunning, no question about it, but my advice would be to save your money and go to Carlsbad Caverns to experience a cave and to learn a wealth of information about how these amazing places are formed and continue to be formed.  Sorry to be such a downer about the caverns review but I really believe sacred places like this should be preserved and protected to get future generations excited and well informed about these places so they continue to be protected for years to come.

A perk of going to the caverns was that the girls got to play on their playground all afternoon.  We were the first cavern tour of the day and we stayed until the last cavern tour was over.  The playground had some great rock climbing structures as well as an amazing treehouse.

The house was made out of and on top of a very large stump.  The girls ate their lunch up there and played for hours.  Tree houses are just so much fun!